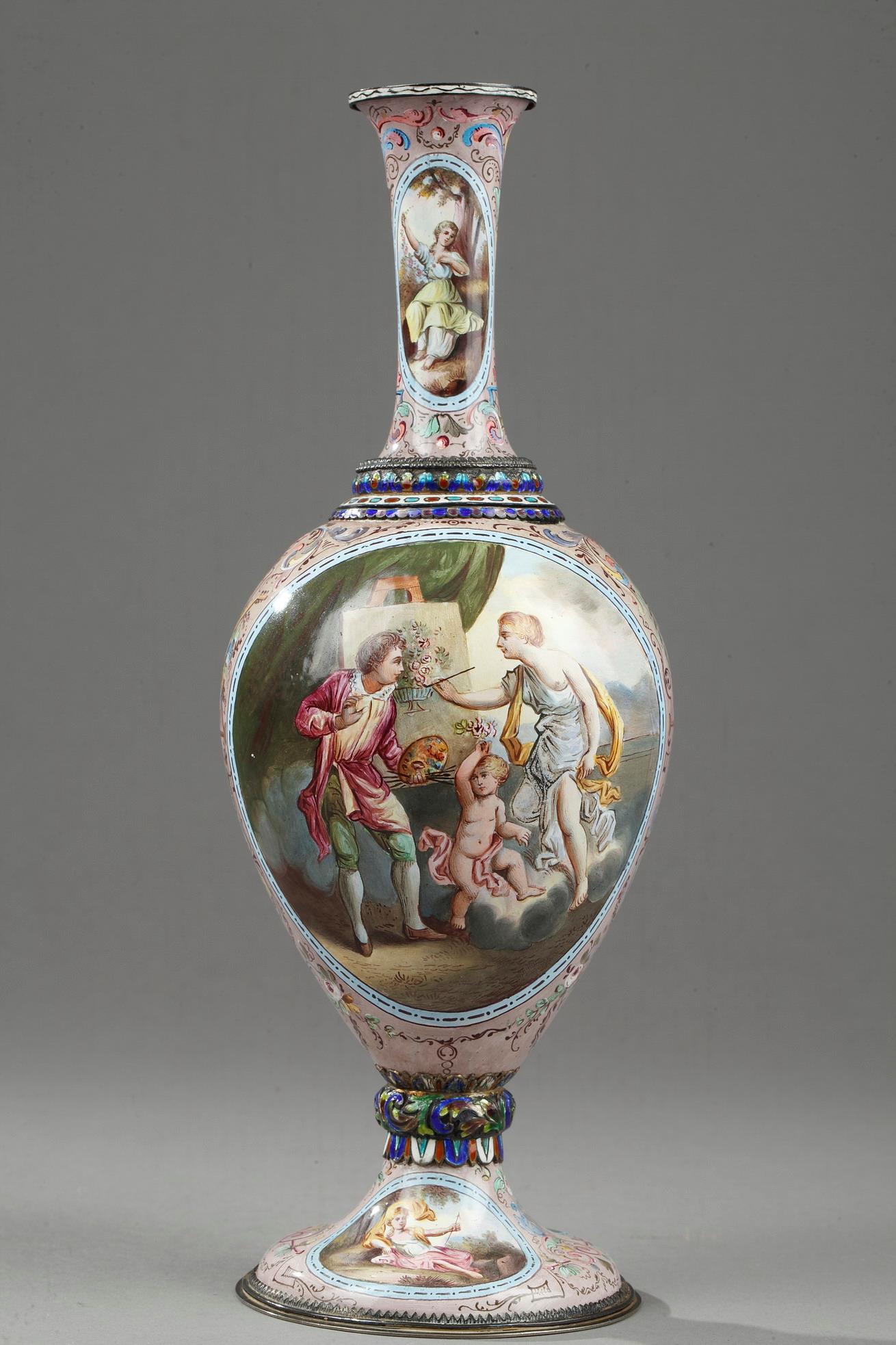 A Vienna enamel vase and silver mounts.  The vase has a flared neck and has two larges medallions on the body. Each oval medallion is decorated with a mythological scene. One of the faces presents a painter in front of his canvas inspired by the Muse of Creation. On the other side, a bacchanal or procession of Dyonisos with Bacchante and putti . These medallions stand out against a background of pink enamel enhanced with grotesque neo-renaissance, trophies and doves symbolizing Love. The collar and foot are decorated with medallions with godesses and muses as l'Esperance, Arts ...
This vase is characteristic of the Austrian work of the second half of the 19th century.
H: 9.6 in. (24.5 cm) /
Austrian craftsmanship: Hermann Böhm or Boehm.
Hermann Böhm or Boehm was, with Hermann Ratzersdorfer, the foremost Austrian practicioner of Revivalist goldsmith's work. Working from models preserved in the Imperial Collections, the Green Vaults in Dresden, or shown in deluxe art publications, he used the local talents in painted enamels and hardstone work to create new Renaissance objects of "Rothschild" splendor for an international clientele. The firm was founded in 1866, and in the early 20th century was recorded as being Hermann, Hugo and Max Bohm (a mark is only entered for Hermann) and twelve workers. At the 1873 Vienna Exhibition, they showed a "Tournament Shield and Weapons in antique style, various 'galantries', and jewelry pieces in Limoges enamel", and received an award for merit. In 1890 they advertised "Artworks in Gold, Silver, Enamel, Rock Crystal, and Lapis Lazuli", while in 1898 the firm was identified as making "enamels and pieces in Antique Style".
REF:4737
Prix: 5900€