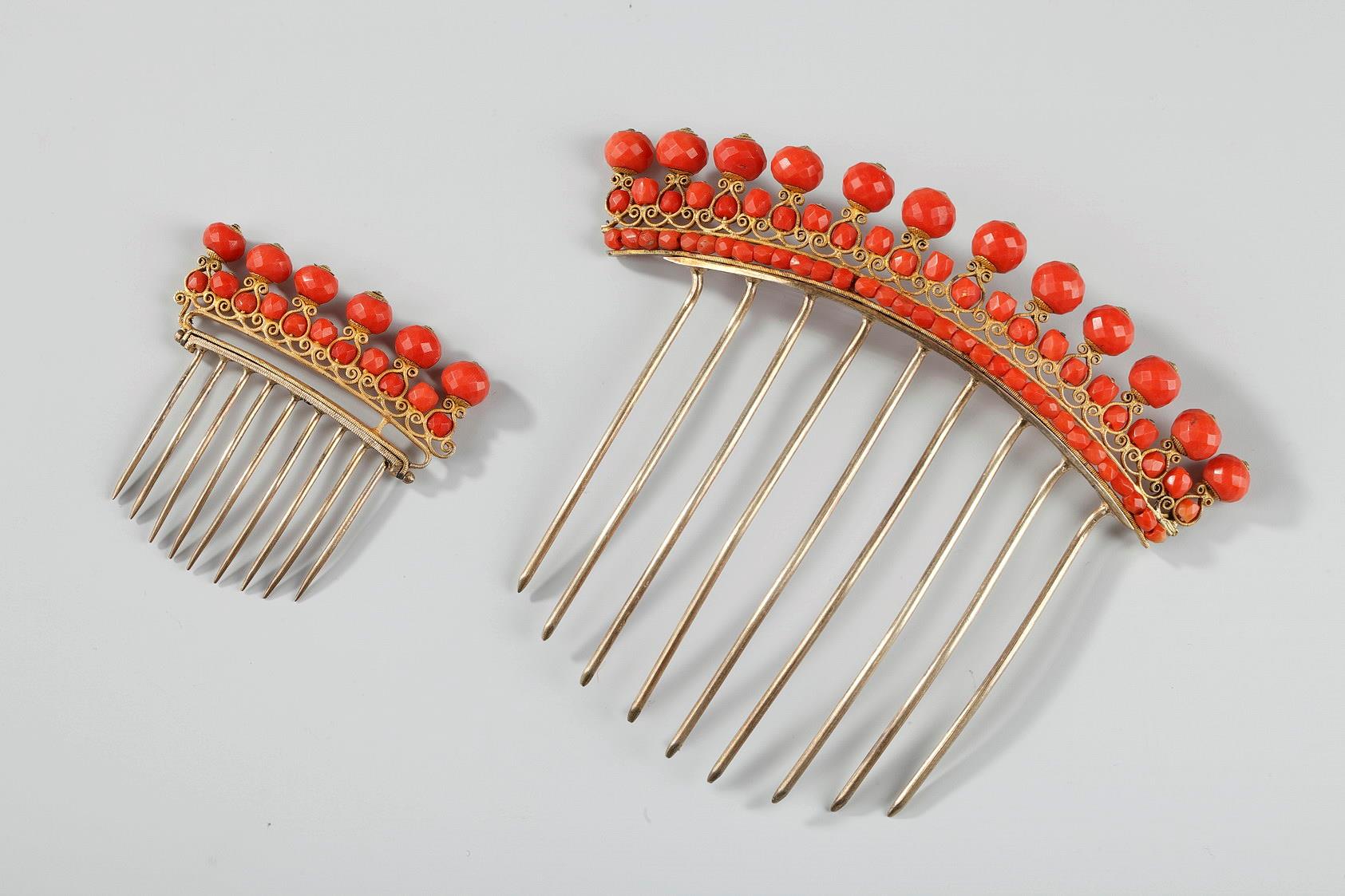 Set of combs in gilded metal. The largest composed of nine claws and rows of coral and faceted coral beads. An elegant work of filigree forming windings encloses the different rows of pearls. The other comb, smaller to nine claws resumes the same work.
It was at the beginning of the 19th century that we witness the revival of these ornaments of hair. These diadem combs are composed of a comb and a removable headband, decorated with faceted coral beads. The first curve was on the front of the head from where his name combs tiara and the second smaller one allowed to retain the chignon. Most often, the headband was removable and allowed to modify it according to the dress worn. "A great fancy reigned over the manner of wearing the combs. They could crown the chignon on the top of the head, put themselves at the back of the headdress or be placed leaning right or left to hold the curls "as the portrait of Joséphine de Beauharnais de F. Massot kept in the Malmaison.
Large comb: L: 10.5 cm / l: 10 cm. 12 large beads
Small comb: 5.2 cm x 5 cm. 6 large beads.
Gold and silver-plated metal on the headband.
Early 19th century. First Empire.
Price:1800€