A GOLD AND ENAMEL ZARF. SWISS. EARLY 19TH CENTURY. Enquire about this Item 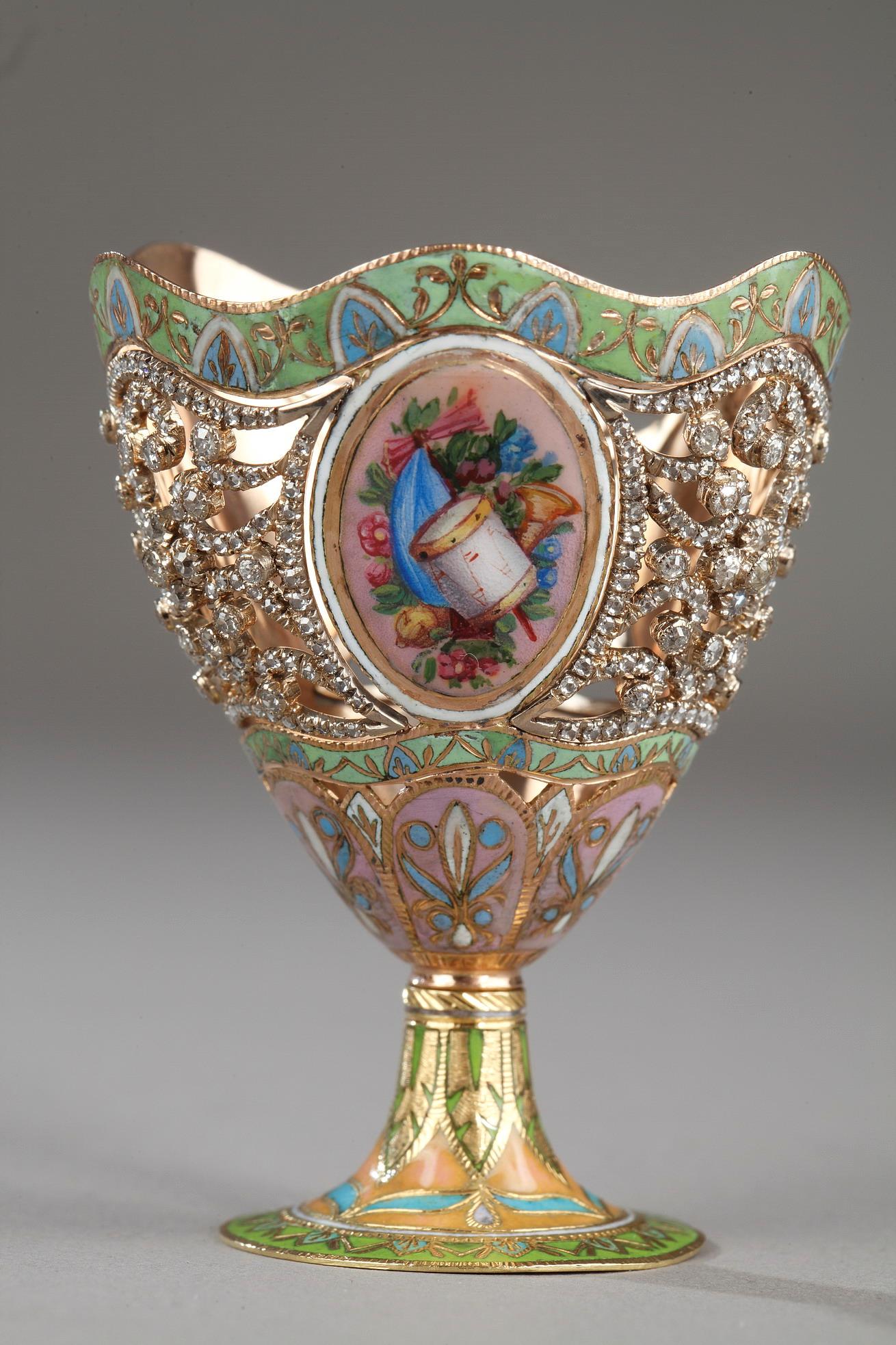 A gold and enamelled Zarf. The zarf is entirely openwork and decorated with foliage set with diamonds alternating with medallions. The collar is decorated with geometric patterns enamelled green and blue. The zarf features three pink enamel medallions enhanced with trophies. The foot takes the geometric patterns of the neck.
This zarf is characteristic of Swiss production for the oriental market of the beginning of the 19th century. It allowed notably the Turkish notables to deposit their coffee cup.
Weight: 1oz (30 gr).
H: 2.1 in. (5.5 cm) / D: 1.5 in. (4cm)
Swiss, Geneva early 19th century. Circa 1820-1830.
Price: 9900 €