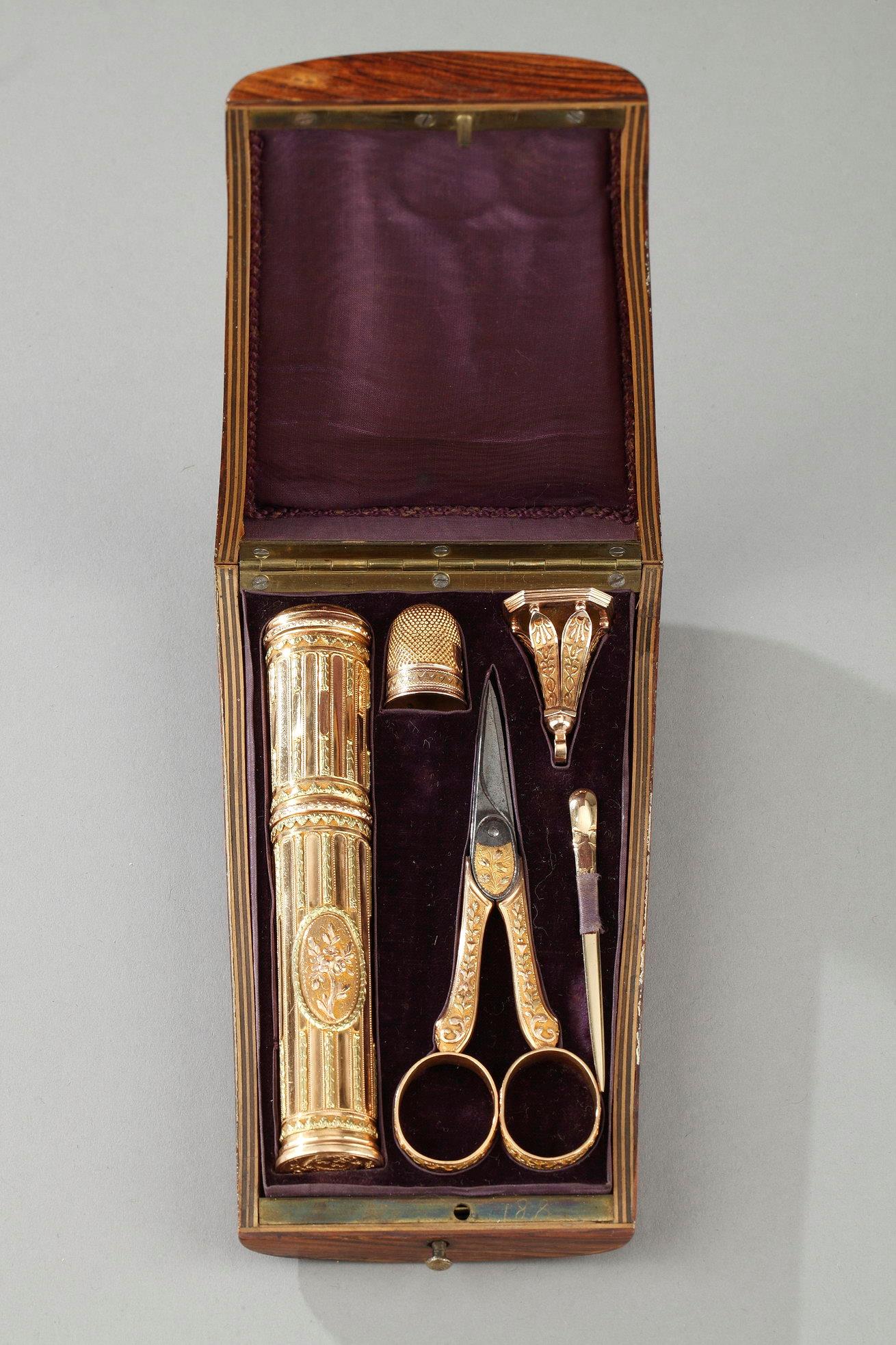 A 18th century set presented in trapezoidal case made of light wood and inlaid with marquetry. The vanity case includes a gold wax case decorated with flutes, a dice and a wool needle, a gold seal and a pair of gold and steel scissors. The Louis XVI wax case is in yellow, green gold. The fluted case is decorated with oval medallions and underscored with laurel branches. The seal features a crest topped with a crown.
In the 18th century, the notion of toiletry essentials or the “Necessaire” is well defined, thanks to Roubo’s work, The Art of Woodwork, published in 1772. We learn from his book that toiletry boxes known as the Necessaire are small boxes or wooden cases used to hold toiletry items for travel. Gradually the definition of Necessaire widened, and eventually included all tools used for hygiene, lunch, writing, sewing, and even mathematics. Under the Second Empire, Necessaires used for sewing, embroidery, drawing, and painting were popular with young girls as well as with their mothers, as they appreciated the refinement and luxury that these Necessaires brought to their daily lives. In the 19th century, the proliferation of embroidery Necessaries, which were sometimes small but often extremely luxurious, demonstrates the veritable invasion of feminine leisure in the aristocratic and bourgeois world.
Gold hallmarks from different periods:
Wax case. Louis XVI period. Head helmet 1781-1783.
Scissors: 1789
Dice: 1st cock 1798-1809.
Case: 4.33 in. (11 cm). / Scissors: 4.33 in. (11 cm).. Box: 5.5 in. (14 cm) / 3.5 in. (9 cm).
Second part of the 18th century.
REF: 4966
Price: 12900€