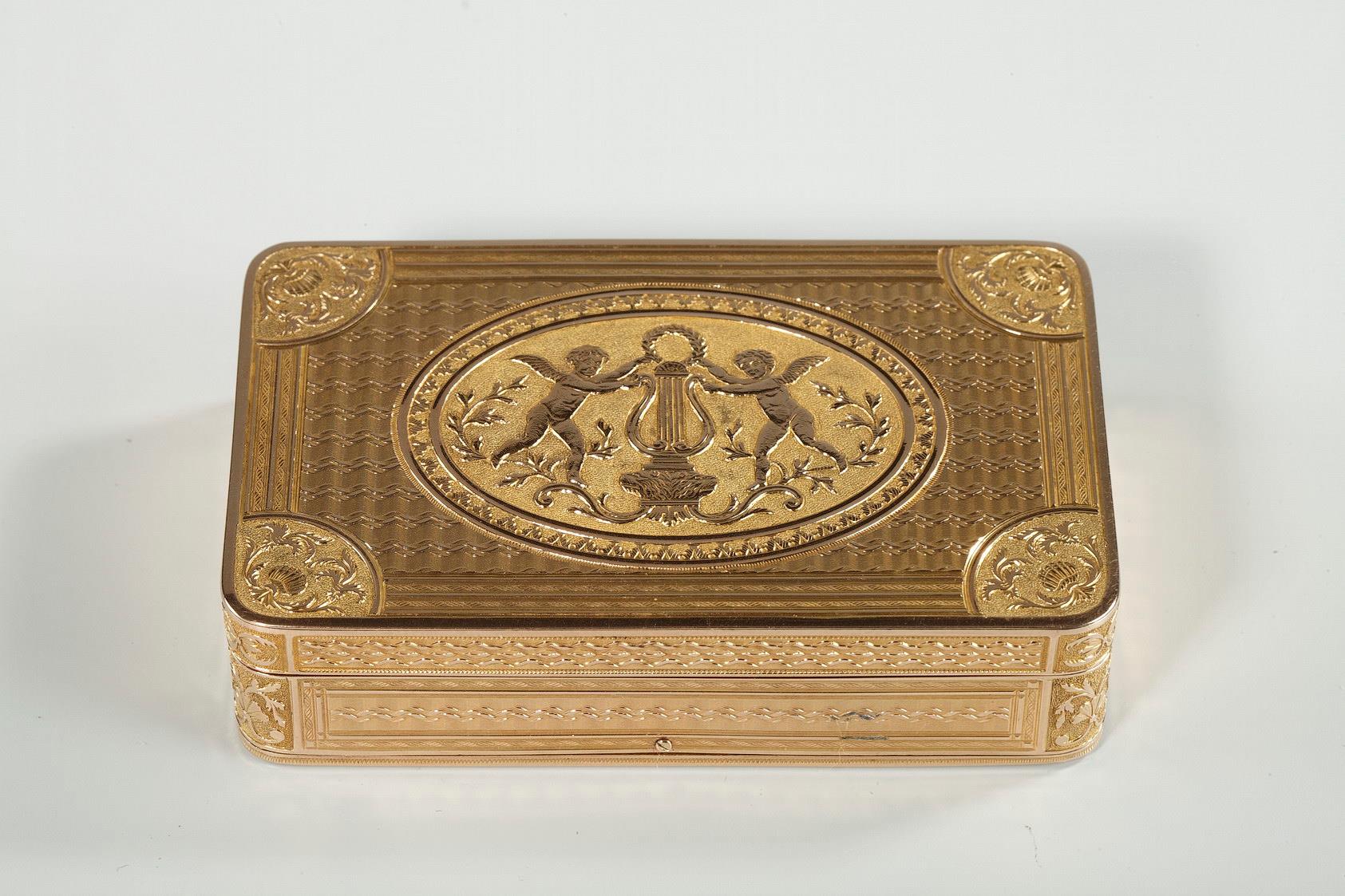 Box or snuffbox in gold of rectangular shape.The snuffbox has a geometric guilloche decor. In the center  of the lid, The oval medallion is decorated with two putti framing a lyre symbol of Apollo, god of the arts, against a background of amati gold. The corners are decorated with foliage decorations on amati gold background. The side is decorated with guilloche panels alternating with floral morifs. In the snuffbox a double base allows to hide musical movement. This type of snuffbox was characteristic of Swiss production. The music boxes with cylinder appear at the end of the XVIIIth century in Switzerland with the movements of Antoine Favre. At the beginning of the 19th century Isaac Piguet perfected these movements and miniaturized them.
Weight: 7.12oz (202g).
Gold marks. 18 k. Et
L: 3in. (7.8 cm) / l: 1.9in. (5 cm) / H: 0.78in. (2 cm)
Work of the early 19th century. Circa 1820.
Price: 48000 €
REF:6124