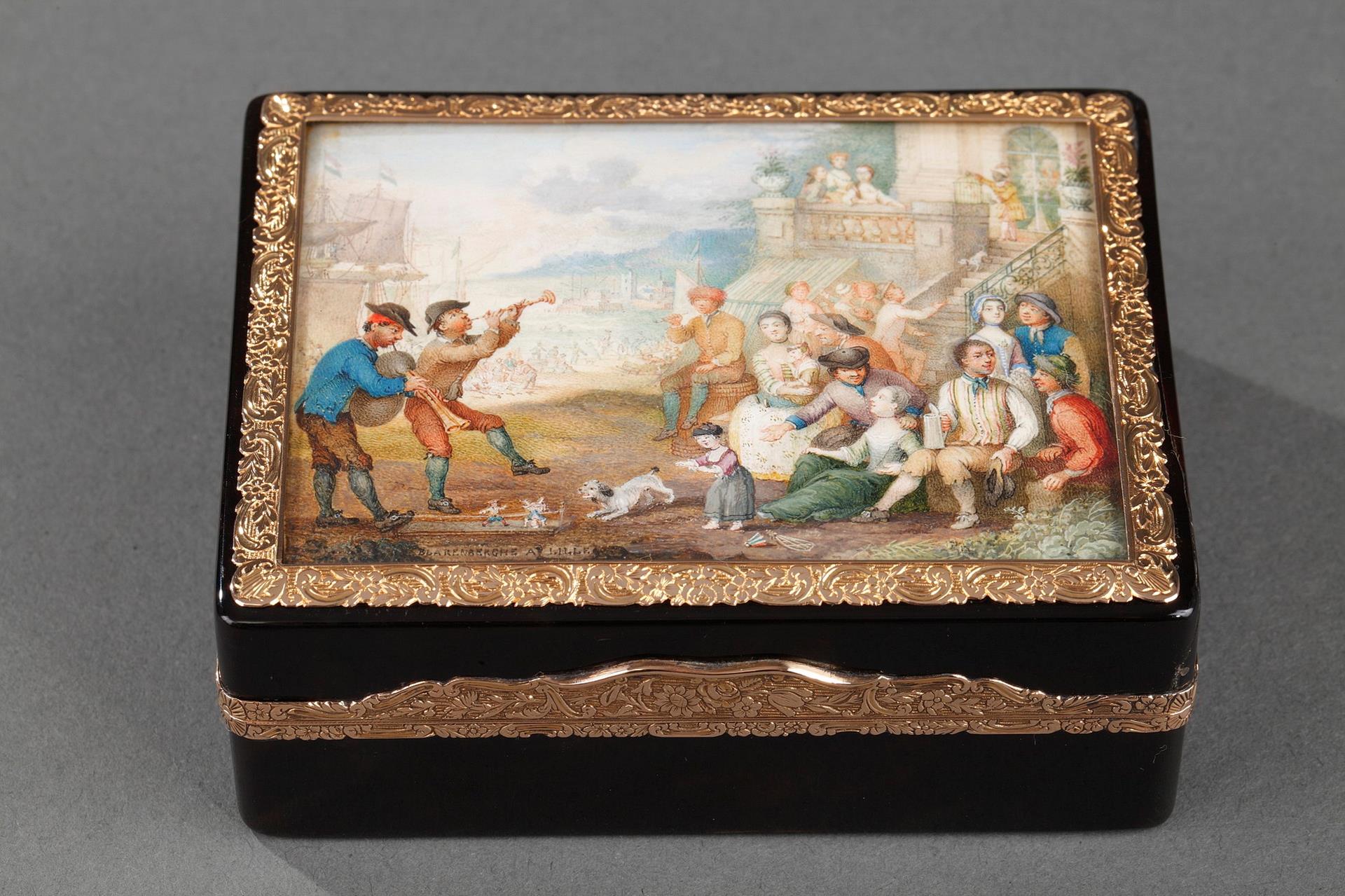 Box or snuffbox in tortoiseshell, golden cage mount. Hinged lid decorated with a miniature on vellum with a port scene. On the right, some men and women are seated at the foot of a colonnaded palace drinking and smoking. In front of them, musicians play and one of them activates at the foot of the puppets. At their foots, a little girl plays with a dog. In the background, the boating port is described with all its excitement. In front of the mansion, women with their servants watch at the scene. The owners appear through the windows of their palace.
The miniature is signed lower right: "VAN BLARENBERGHE A LILLE".
Louis-Nicolas van Blarenberghe (Lille, 1716- Fontainebleau, 1794) from a painter's family whose father of Flemish origin settled in Lille.He succeeds to his father in 1742 .
With the Austrian War of Succession, he began to paint the warrior aristocracy. In 1768 he entered the Ministry of War as a battle painter. Then from the 1770s, he became a painter of ports and coasts. He died in 1794 in Fontainebleau.
Gold marks: 18 K .
Goldsmith: A.L
Engraved inventory number: "589" on the box.
Dim: L. 3.54in. (9 cm)/ l: 2.75in. (7 cm)/  H. 1.33in. (3.4 cm)
Price:37000€
REF:4886