Miniature On Ivory. Portrait Of Alexander The First. Enquire about this Item 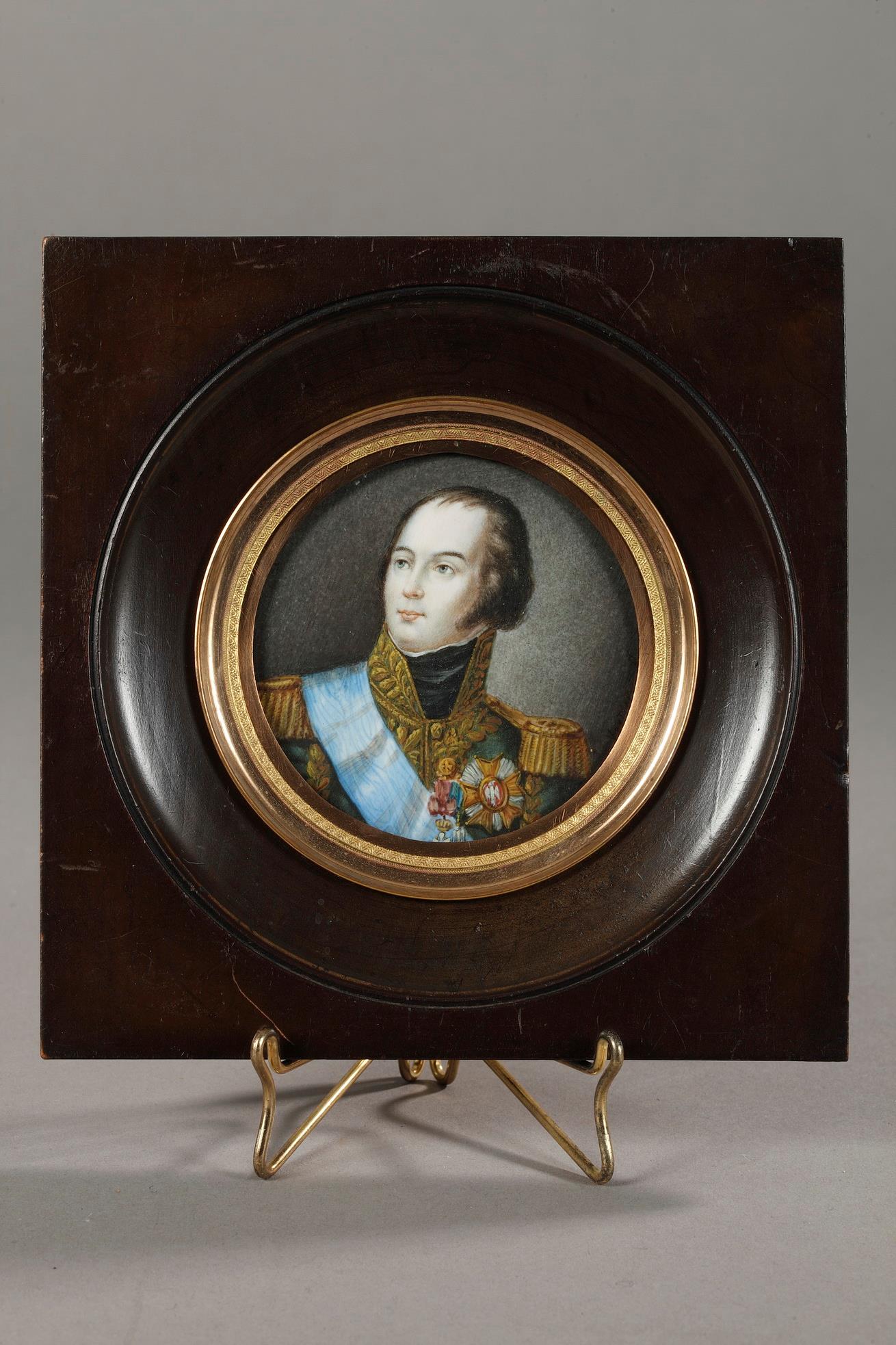 Circular miniature on ivory featuring the bust of a soldier who is looking toward the left. He is set in front of a monochrome, blue-gray background. The portrait is likely of Tsar Alexander I of Russia (1777-1825). He is wearing a green, collared uniform with embroidered, gold epaulettes. He also has a wide blue sash and medals, notably the Cross of the Order of Saint Andrew, the Cross of the Swedish Sword, and a Russian military medal. This portrait was influenced by the portrait of the Tsar by François Gérard that is conserved at the Hermitage Museum in Amsterdam.
Diameter  Miniature: 2.6 in (6.5 cm)
Frame: 5.3 x 5.3 in (13.5 x 13.5 cm)
périod: 19th century.
Price:1900€
REF:8118

Miniature On Ivory. Portrait Of Alexander The First.