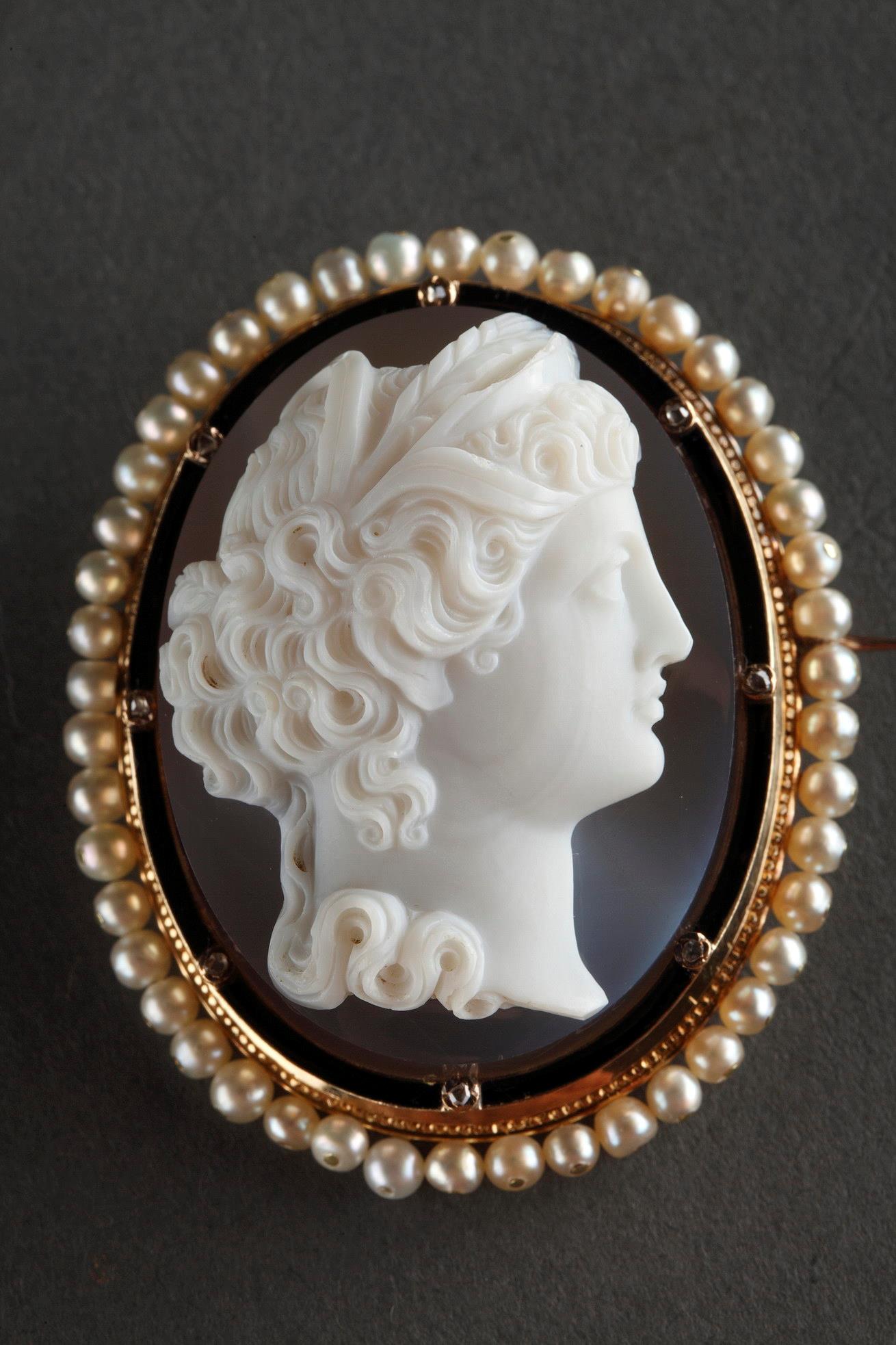 Cameo on agate depicting a young woman with a Greek profile looking to the right. The artist has finely sculpted the white vein of the agate to reveal this delicate profile. She wears a tiara. It is probably Ceres's head. This stone is set in a gold brooch setting adorned with half pearls. The art of precious stone has existed since Antiquity, in the 19th century a revival of the art of the cameo appeared. The cameos were then worn as jewelry and emphasized the belonging to the classical culture of its owner.
H: 2.08in. (5.3cm) / W: 1.73in. (4.4cm) / D: 0.78in. (2cm).
18K gold frame.
Second part of the 19th century. Napoléon III.
Price:3900€
REF: 6014