Empire plate by Stone, Coquerel and Legros in Paris. Enquire about this Item 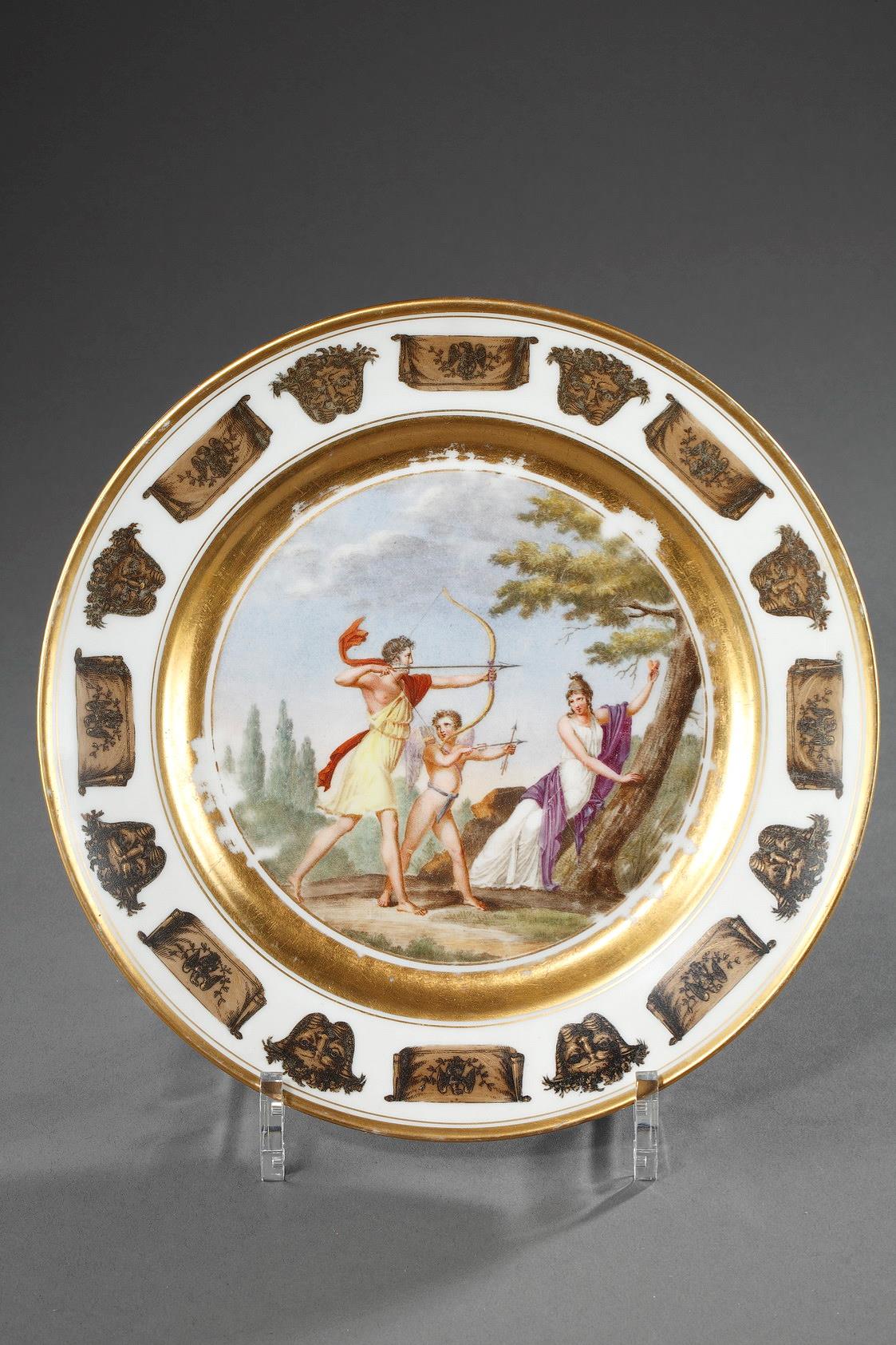 A fine earthenware plate from Creil factory decorated with a mythological scene in a landscape. It represents Diane and the young winged Cupid hunting together, in the company of a Nymph. The goddess wears Roman tunic which discovers her right breast, Cupid is naked and carries the quiver. Frieze hightened with gilded masks and heraldic emblems. Marked underneath : "Amour montrant à un jeune homme à viser droit au coeur" (Cupid showing to a young man to aim straight ahead in the heart). Some wears to the gilding.
François Antoine Legros (1772 - 1848) had worked at Sèvres from 1803, where he made impressions according to a process of his invention, but was never officially received there. He perfected his process to apply it to all kinds of supports including porcelain, earthenware, fine earthenware, crystals, ivory, etc. He partnered with John Hurtford Stone and Athanase Marie Martin Coquerel, already associated with the fine earthenware factory of Creil. The three partners filed a patent on 28 February 1808 for the Legros d'Anizy process and set up a company to operate it at 9, rue du Cadran. It was dissolved in 1818. The impressions of Legros d'Anizy are of a remarkable finesse and sharpness, its colors and its gold of very beautiful quality.
First part of the 19th century. Circa :1810
W: 9,1 in – D: ,8in – H: 9,1in.
L:23cm, P:2cm, H:23cm.
Price: 2100€
REF:4415

Empire plate by Stone, Coquerel and Legros in Paris.