AN AUSTRIAN HISTORICIST ROCK-CRYSTAL, SILVER-GILT AND ENAMEL DISH MARK OF KARL RÖSSLER.
VIENNA, CIRCA 1890 Enquire about this Item 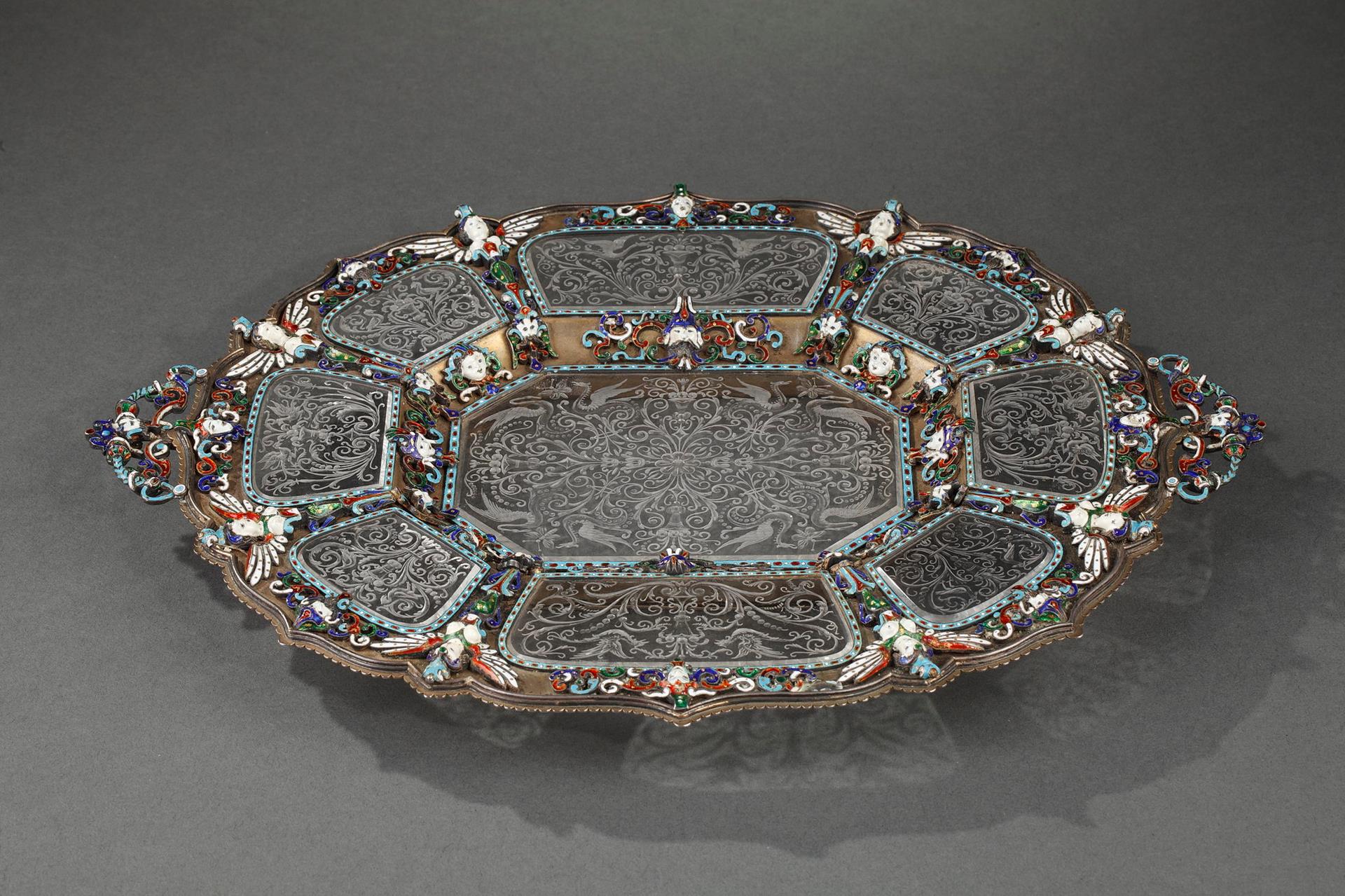 An exceptionnal oval dish in rock crystal and silver-gilt with two handles. The dish is composed of eight finely engraved rock crystal plates and a large octogonal central plate engraved with foliate scrolls. The mounts are applied with brightly-couloured masks, figures and scrolls.
The dish is characteristic of the historical style that developed in Vienna during the second half of the 19th century. An interest in objects from the 16th and 17th centuries was growing, and as a result, numerous enamel pieces set in lapis lazuli, quartz, or silver made their appearance. These pieces were heavily influenced by the Renaissance and the tastes of curiosity shops that were in vogue during the 16th and 16th centuries. These pieces were displayed at international expositions where Viennese artists competed with artists from the more distant past.
L : 12.59in. (32 cm) / l: 9.44in. (24cm) / H: 1.18in. (3cm).
Silver marks: A for Austria.
Silversmith KR for KARL RÖSSLER. Karl Rössler entered into business in Vienna in 1890 and is recorded at various addresses until 1908. Following the example of Hermann Ratzersdorfer, whose enamel and mounted crystal objects had attracted much attention at the 1873 Vienna World Exhibition.
Period: 1890.
REF: 8197.
Price:28000€